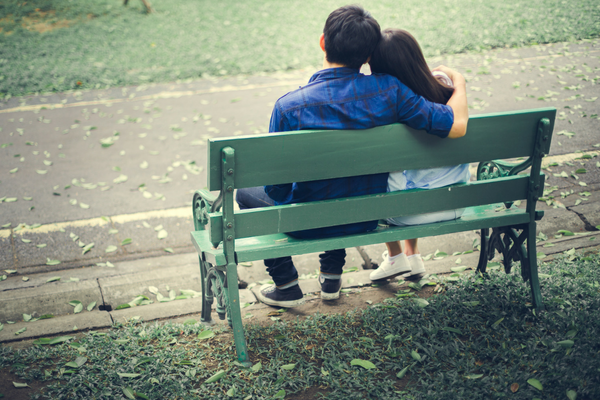 An inspiring story of a 20-something boy who chose to speak up in the face of abuse.

Akash went down on his knee and proposed to Neha. “I promise to protect you, and support you.” A tear fell from her eyes on the rose he was holding for her, waiting for a reply. She nodded. It was a moment of utter bliss. However, Neha’s confession changed the atmosphere of the situation. It became tense and morose.

“He touched me inappropriately again. The first time his hands brushed my thigh, I thought it was a genuine mistake. But, today when he slid his hand under the desk to reach my leg, I felt violated,” Neha said.

He had vowed to protect her. His expression changed. He became restless. In a fraction of a second, images of his childhood flashed in front of his eyes. He could not look her in the eyes. He could not breathe. In a moment’s time, he felt sick that he had to lie down.

After gathering himself, he apologized for his sudden rush of emotion and asked Neha to report the assault. She didn’t respond. He urged her again to take action, but she still didn’t respond. Upon shaking her to get an answer out of her, she said that she doesn’t know how to.

Akash tried to help her in more ways than one to come to a conclusion regarding this situation. However, every time Neha was unable to report the abuse to her boss or the HR of the company. Unfortunately, when the assault happened the third time and she shared it with him, he could not take it anymore.

“Why don’t you get that this is a violation of your dignity and completely unacceptable,” he shouted at the top of his voice. This time, she mustered the courage and spoke to her boss about the abuse.

Akash felt a sense of relief and satisfaction. He went back home and wrote this.

“Life has come full circle. It has been twenty-three years and I have faced a similar situation. Earlier it was me, now it is someone who I love a lot. Getting abused, beaten and insulted when I was a kid, not knowing what was happening to me was frightening. I felt like hiding in my bedroom and never coming out. I did not feel like talking to anyone. I did not respect my body. The trauma of the constant abuse became a part of my life and affected me greatly. How I wish I could go back in time and change my fate. But I’m glad I could make a difference in her life.”

Since then Akash volunteers with several NGOs that work for the prevention of child sexual abuse. He says that he will always find time to prevent another child from being abused.