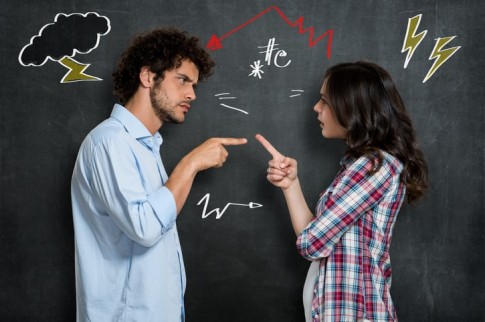 Many of us face abuse from the same person whom once we thought would be the source of ultimate happiness for us. But what to do when things don’t turn up the way we thought?

It all started when Ruby met this boy from her College. He was charming and had a great sense of humor. They started dating immediately and post ten months, she gradually started exploring different parts of his personality. After he had already won her heart, a few digs or small putdowns started to come her way.

Months started going by and between many of the good times, there were put-downs here and there. Going to a restaurant, where there was this table and a chair near the wall, he says to Ruby, “Why don’t you sit there in the corner and put a hat on it”, like she was a stupid or something. Other comments like Idiot, Crazy came later as the intensity of their relationship got worse due to the verbal abuse and other factors.

Over time, she started realizing that he manipulated her to make her think that she was the reason for his emotional or verbal abuse and then, she had to finally wake up. So, the greatest gift that she gave to herself last Christmas is to walk away from him and get her spirits back.

So, here are few steps to get out of such mental exploitation:

Get your power back: The easiest way to do this is to be willing to move on from the relationship. This makes you to move forward with the next steps from a place of power, not a place of fear.

Set limits for criticism and emotional outbursts: Listen to the concerns others have about your actions and how they affect them, but don’t engage in conversations that attack who you are as a person.

Consider others concerns: Don’t agree to do things simply in order to keep the peace or save the relationship, especially if deep down you know it isn’t right for you.

Be clear and honest with yourself first: Consider your values, goals, and needs. Make sure your decisions are in alignment with your highest self, needs and all.

Find people and experiences that celebrate who you are: Find ways to reconnect with the powerful person you truly are. Engage and connect with other peopel who support and love you for exactly who you are.

At the end of the day, only you can decide if his controlling behavior is something you are willing to live with or not. Relationships should be something that supports your growth, not something that diminishes it