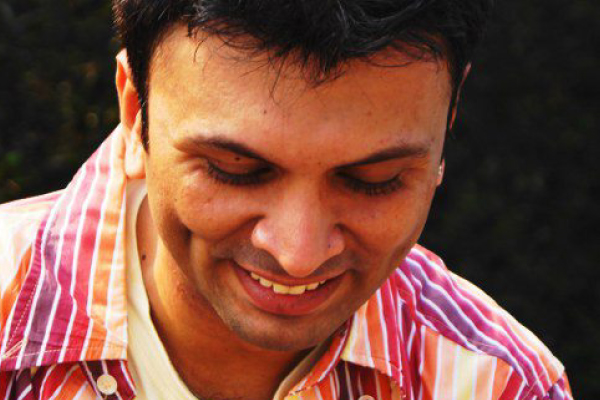 In traditional Indian households, it is quite normal for elders to give their younger lads a bath. Harish Iyer’s mother thought the same and allowed the practice. That was when it first happened. The first time Iyer was abused and his body violated, “I didn’t know what was happening to me, whether it was okay, whether it was normal,” he expresses. To him, this became a way of life. This became routine. In a chilling statement, Iyer recalls that he would enter his (uncle’s) house, lie down on the bed and just wait for it to “get over as soon as possible.”
It was far from over. When he was 12, there were more people waiting to devour his body. He went on with the ordeal. “I would keep quiet…because what if I wasn’t considered ‘man enough’ to not bear pain?”

He still bathes 4 times a day, now, out of habit. Another habit was segregating his life in two worlds; one in which he was abused and the other in which he wasn’t. Sometimes, when the two worlds overlapped, he would cry endlessly. Once, after an outburst, he decided to speak up.

When he wasn’t offered a practical solution, Iyer withdrew into a shell. The trauma of the abuse was such that he wouldn’t talk to anybody but his dog. He would also, often, sit in his garden and interact with bees, insects and trees. Bollywood movies became a safe space. “Watching Sridevi stand up for herself in Chaalbaz and Lamhe inspired me,” he reminisces.

He decided to stand up to his uncle. The day came soon enough. Iyer gathered every ounce of courage he had and  managed a resounding, all-consuming and powerful “NO.” The uncle stopped in his tracks, put on his clothes and went away. It was then that Iyer decided to help others like him. Today, the 38-year-old is an influential equal rights activist. “We (boys) get abused, but we have no right to voice it because we’re supposed to be the protectors. The victims of ‘masculinity’ are men themselves. A part of me believed that I’m gay because of the abuse I went through and it devastated me, but I know now that that isn’t true.”

Unfortunately, there wasn’t a law in the country for child sexual abuse if the victim was a boy. So, there was no justice. Iyer however believes that hate only destroys the hater, not the hated. For him, his uncle doesn’t exist. Infact, he’d like to send him to a therapist. “I can never get those 11 years back but I do have a lifetime ahead of me to protect the rights of children, women or the LGBT community and that’s the path I’ve proudly chosen.”