Abuse is not as uncommon as we would like to believe. Many teens grow up witnessing one or the other kind of abuse around them but don’t even know that it’s abuse. Most times, physical abuse is taken note of while emotional/mental abuse, are not even regarded offensive.

We asked Dr. Seema Hingorrany to shed some light on the issue…

I see a lot of teens in my clinic who are victims of various kinds of abuse, there is physical abuse, another is high emotional abuse and of’ course there is sexual abuse.

So these are the major kinds of abuse in teens but I must tell you that abuse is never the presenting complain. We find out episodes of abuse when we conceptualise the case according to our trauma model. After a lot of prodding it comes out.

Some teens have presenting complaints like I want to kill myself, I don’t want to live. I don’t want to go to college. Doing drugs, alcohol consumption are all signs of being an abuse victim. Spending days together on bed, not wanting to go out and make a career are all signs of trauma and grief. And we find this out only when we go in deeper that these layers surface.

So a lot of teens think that this is how the family is supposed to treat us. Using words like – “You are such a slut, a whore. You are garbage. You are stupid. You are dumb.” – all this comes under the umbrella of emotional abuse.

Children get accustomed to being told things like these because they have been hearing it since really young age. Abusive statements like, “You are not studying, you are going to be a peon. You are going to be a jhaduwala (sweeper). Some kids are raised with this kind of a belief system. Statements like, “You look so ugly, kitne kaali hogaye hai, you are so dark.” I have had cases where parents have told their teens things like, why don’t you go and die? That will be the happiest day of my life. Why don’t you jump off the building.” All this is severe emotional abuse.

Sadly, as a trauma expert when I interview teens to understand where they are coming from and as part of my job I have to go back to their traumatic memories. My job is to go back to those memories; accessible to my teen patients or not accessible. It’s my job to snoop around like a detective.

And it is extremely sad that when my teen clients sit here, they are mostly emotionally numb. They don’t know what to say, they are so overwhelmed.

There was a parent who walked in and used the following words for her daughter in front of me. I was trying to talk to the mother about conceptualising the situation because the child was suicidal and she says about her own daughter; “This girl here, she is a call girl. So this is where some parents are. All this is emotional abuse.

Physical abuse includes beating, spanking, thrashing. Beating and thrashing kids for frivolous reasons like getting 13 marks out of 20. This is because parents have mental disorders and issues themselves and they inflict this nature of abuse on to their kids.

These are the parents who got beaten up by their parents so they want to continue the legacy. It’s a mental illness legacy in the family and if not treated it will continue further.

Sexual abuse is something that many women and men go through.  There are teens who have endured sexual abuse but have not reported it because of various reasons and then they come with issues like a sound ringing in their head. People come to me with symptoms like; when I look at people I can’t see them properly but I have no eye condition. I have backache but the doctor says there is nothing wrong. These are all physical manifestations of grief and trauma.

These are the kids who have been sexually abused when they were 4 or 5 and they have been told to shut up because it probably happened in the family.

Self aware teen clients can look for these symptoms. Symptoms of trauma are things like memories, flashbacks of the childhood so memories or flashbacks of any traumatic experience or sexual abuse that keep coming to you can manifest into bodily symptoms.

The moment the memory comes back, you experience bodily symptoms like stomach pains, or you break into rashes. Some teens have symptoms of depression where they start crying or get suicidal. This is traumatic depression. All this means that there is some traumatic memory that is haunting you.

In technical language, we call it trauma processing. It’s called working on the memories that are lodged somewhere within you and have not been worked on and were kept suppressed.

So depending on the emotional bandwidth of the client, I tell my self-aware teen clients, that whenever you get these symptoms listen to what your body is trying to tell you. Where are these pains and aches coming from and what do you really feel.

Many clients feel anxious some say they experienced tightness in the chest or throat pain. Some develop fever each time they feel anxious, some start bleeding from nose. Having recurring violent dreams where you kill someone or get killed. Getting anxiety, panic attacks without any reason. All these symptoms are inexplicable. All reports are normal. So this is just trauma manifesting in the body.

For those teens that are clinically depressed I don’t address their memory. If I touch the trauma memory everything will burst open. So these are not aware clients. There are also clients that keep cutting themselves. Where they have been abused in one way or the other. These are clients who are suicidal and on the edge.

Which mean there is a traumatic memory that has not been worked on.  So these are the spectrums of abused clients that exist.

We need to empower our teens and encourage them to speak. To speak about your emotions and speak about what’s happening to you. Raise your confidence and talk about it to your friends. If you are scared to approach elders alone take a trusted friend/ relative and walk up to your parents and tell them that you are not going to take the abuse (whichever kind it may be).

So rather than locking yourself up and crying and mourning and suffering, stand up for yourself. Speak up and talk it out. Speak to whoever you can trust, relatives, cousins, parents. Anyone who can be trusted to take action against the perpetuator.

Go to online forums and talk to other teens, find out how they have dealt with their perpetuator.

Look up counsellors online and reach out to people who are willing to help.

Don’t be physically and mentally weak and think that it is ok to be treated badly only because your mother was treated like that. Just because someone in the older generation got away with abusing someone, it does not have to become a legacy of abuse. Stand up to your parents if they ask you to keep quiet about it. Tell them you took it for whatever reason but I won’t take it.

I have had a client who was abused and was asked to keep shut about it, but he threatened the family that if it didn’t stop, he’ll take the matter to the police. And it worked in his favour.

So empowering the teensis an important measure to stop abuse.

Tips to teens to reach their maximum academic potential

Is there something that one should avoid telling teenagers before exams?

Maya: There is a natural anxiety for doing well in exams, especially in class 10 and 12 when the results of those exams are going to determine your future and your career. There is bound to be pressure. In such a situation, telling them to do well doesn’t help. In fact when the teenager is told that there is pressure, it gets doubled.
There is immense responsibility of the parents in such a situation. Parents and the teenager need to sit and have a supportive dialogue.

Could you elaborate on what it means to have a “supportive dialogue” with your teens?

Maya: Some of the questions that can be asked are:
•    Are you anxious?
•    What do you think the worst thing that can happen?
After opening the floor to a dialogue and gauging response, empathise with the teenager. Listen to them. Only after grasping their point of view, difficulties they are facing while learning, other worries in school and more, can you really help them. 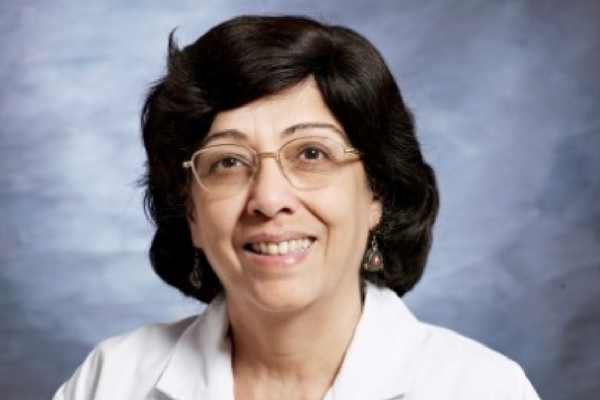 Can you suggest one habit that teenagers can adopt to increase their success in exams?

Maya: Oftentimes, when teenagers are not able to fulfil expectations, they tend to self-blame. This is called a ruminative thought pattern where they keep repeating beliefs such as “I am a failure” to themselves on loop.” The key to breaking this pattern is to inject a new thought-process. This new thought process should re-enforce that the teenager is not a failure. Here the parents can play an important role in not letting them get weighed down by their feelings.

What are some of the common things that bother teenagers?

Maya: Many things can bother teenagers such as:
•    I am not as good as my friend
•    Fear of failure
•    Fear of not reaching the goal

Do parents attitude matter when it comes to their teenager’s academic performance?

Maya: Teenagers need to be heard and listened to but sometimes parents are over anxious and expect a lot from their kids. Some points to keep in mind:
•    Comparison might dishearten the teenager
•    Injecting values such as perseverance will help
•    Family environment matters. If there are fights, the teenager might get distracted
•    Families need to talk to their teens about their dreams, fears, aspirations in addition to their academic goals
•    Teaching kids gratitude and discipline

What are some ways to build bonding between parents and teenagers?

Maya: One effective way is to have a meal together every day. When you are all together, try and talk to the teenager about different topics, and not only academics.