Recently the term LGBTQ has become popular among Indians. This has also given rise to many questions in the naive minds of teenagers who are not aware of the term and what it actually stands for. If you too have the same question, read on 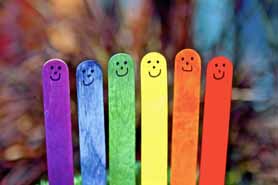 Let’s start with the basic question first i.e. the full form of LGBTQ

So it includes people who come under the above mention categories.

Generally speaking science claims that there are only two genders: male and female. You must be thinking ‘that’s bizarre’ and that is a legitimate response too.

Consider any gay couple around you: one of them is always more feminine than the other. Doesn’t this mean that two of them are of different sexual constructs? If that is so, isn’t that a different gender altogether?

You might have come across women who although like to be dressed as men are sexually oriented towards men or men who like dressing up and looking a bit feminine but still have their sexual interests in women.

There is a whole lot of variety when it comes to sexuality, orientations and interests.

Recently a research has revealed that there are 63 genders in humans. However, there are always debates on such topics which seem to be never ending. Not only are the researchers and scientists confused but even we, as humans of average IQ, many a times tend to think that people whose sexes or sexualities are unusual are mistakes of nature or nurture.

Our determined emphasis on thinking in terms of binary categorizations of male/female, man/woman, heterosexual/homosexual, right/wrong etc. serves as a hindrance to our vision.

Hence, now it is time that we begin to recognize that they are far more "mistakes of society" than "mistakes of nature". We need to reconstruct ourselves for the purpose of coming to see, appreciate, and understand the value of human gender, sex, and sexual diversity. It has now become for us as a society and nation, to start reforming our opinions regarding different genders.

Tomorrow, i.e. on 12th Feb is the Sexual Reproductive Health Awareness Day. This brings a serious question: In a country that reports high rates of teenage pregnancies and sexual abuse, one would think that the need for a curriculum focusing on gender equality, importance of consent, and boundaries, would not be a matter of debate. However, the irony is sex education is still a taboo in many parts of the country.

Sex education in India is a highly controversial topic. It is also considered as an offense to Indian ethics and values and the belief that it might lead to risky sexual behaviour and vulgarity. A common matter of worry is ‘everybody will talk about sex then’. 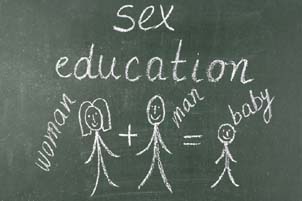 Firstly, never ask for sexual advice or concern to a fellow teenager, he/she might be having their own set of confusions. Look for advice from parents or any teacher whom you have an understanding with.

Many teens find it awkward to “talk” about sex. If you are too one of them, then go for age-appropriate books, articles and videos on the same. Just make sure the sources are authentic and are doing so for the sole purpose of education and not entertainment.

If you’re thinking of talking to your parents try to keep it casual. Don’t make talking about sex a special, solemn occasion. It would be easier to discuss sex when your parent and you are occupied doing everyday tasks such as cooking, washing the car or walking the dog etc.

If you find it embarrassing to bring out the topic on your own, try using the cues around you.  Romantic scenes in movies on television are good conversation starters. You can start by asking open-ended questions like ‘What should I do if you find me in that situation?’ A general conversation based around a hypothetical situation is an easy starting point, and gives both you and your parent a chance to express your thoughts and beliefs.