Coming Out to your parents as someone belonging to LGBTQ

A common nightmare of everyone who has joined the LGBTQ club is of coming out to their parents.

Not all of us are sure of our gender and our sexual preferences. For many, it happens later in life that they realise of being ‘different’ from what they are generally perceived as. Then comes the most difficult part, which is informing your parents and family of the same. Coming out as a transgender can be a vivid experience raging from scary to liberating. There is no right or wrong way to come out but some pointers to keep in mind and it might be a little easy to handle. 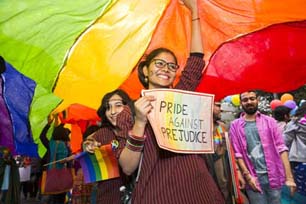 What does ‘Coming Out’ mean

Coming Out means that you tell people of your preferred pronouns, whether you’d like to be called as he/she, him/her, them/they etc. It also means that you inform people to think of you by the gender identity that you are comfortable with. Coming out as a trans is your personal decision and is different for everyone. You can decide to come out before your social or medical transition, or you may choose to come out after it. You can also choose whether you want to come out to different people at different times or not to come out to some people at all. Everything is fine and only you can decide what’s right for you.

There are difference between coming out as a gay, lesbian, trans or bisexual. While gay and lesbian are commonly understood words, trans may be a new term to many, especially our parents.

How to Come Out to parents

Before coming out to your parents, there are a few things that you should consider. Think about your parent’s religious beliefs and views on homosexuality first. This will give you an idea on how they would react to it. After this contemplate if you are ready to tell them, especially if their reaction might not be entirely positive. However, if you are ready then here are few more guidelines for you.

If you still are confused about your orientation or are facing trouble in coming out, our experts are always there to help. You can chat with us between 11 am to 8 pm or write an email to us at expert@teentalkindia.com. We’d be happy to help!

What does Consent mean?

Not much has been talked about consent, except for the phrase ‘no means no’. So it’s pretty much clear that you don’t know what it is or what it’s not

Typically consent is considered in the context of some kind of physical activity with a partner. Both the partners should be able to comfortably and openly talk and agree about what kind of activity they want to engage in. It could be mere touching, holding, kissing, intercourse or anything else, it’s essential that both the partners should feel comfortable with whatever is happening. 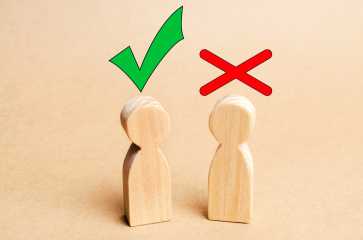 Consent DOES NOT ONLY mean that only one person has the responsibility to accept or resist an activity. It is also about what someone does NOT want to do, rather than being about telling what they want to do. If consent isn’t given by both the partners, then it is considered as sexual assault.

How does it works

People, especially teens, feel that talking about getting a consent will be either awkward or ruin the moment, however, that’s not so. Note that when both the partners feel safe and can freely talk to each other about what they want, they’d both be more positive. You can consider having these talks when you’re not being physically intimate.

However, if you are caught in the heat if the moment, here are some suggestive things to say:

These should NOT be considered as signs of consent

Is Consent necessary every time?

Yes! In a healthy relationship, it is vital that you discuss and respect each other’s limits on a regular basis. If your partner has given consent once for any activity it does not mean they are also consenting for the same forever. No matter if it’ the first time or the hundredth, whether you’re committed or not, consent is necessary every time. After all, everyone has a right to their body and to feel comfortable with how they use it.