Do you get a jittery feeling when you have to give a speech in front of a house-full of people? We tell you how to cope with it, read to find out!

What is social phobia?

According to Teentalk Expert Kshitija Sawant, “It is social phobia, when the fear of ‘screwing up’ is excessive or unreasonable given  the expectations involved in a social situation. Sometimes, it might go to such an extreme that the person might genuinely start believing that he or she is going to faint, die or embarrass himself/herself to the core even if there is no evidence to prove that.”

This feeling of consistently feeling nervous and anxious in social situations may be a social phobia. This can happen during the lead-up or during the event. Those who have social phobia will find it immensely difficult to face the situations they feel uncomfortable in. This can lead to immense anxiety.

How to figure out if you have social phobia?

If you get extreme anxiety while doing these situations over a period of time:

What are the symptoms?

1.Positive Self-talk is extremely effective. Every day, say a few affirmations  to yourself atleast a few times before you go to bed and when you wake up the first thing in the morning. For example, you could say to yourself, “Day by day, I am getting better and better,” or “ I will do this, I can do this, I am strong.” Try doing this regularly and with the passage of time, things will surely start getting better.

3.Focus on doing your best, not ‘log kya kahenge’ (or what will people think of me)

4.Practice before you go up on stage or before you attend any networking event. You could rehearse all that you want to say in front of a trusted friend, a family member or in front of the mirror. The more you practice, the better you will get.

5.“What is the worst thing that can happen  scenario?” For those who fear social interactions, here’s what you can do: try speaking to at least 3 unknown people at an event. Some may show interest, some might not show any interest. There is no need to fear rejection, because the worst thing that can happen is that someone will say ‘no’ and you will be back to where you were before attending the event. It can’t get worse than that! Remember, you tried your best and put in all the effort, good for you!

If you have a query, you can write an email to the Teentalk India Expert at expert@teentalkindia.com. 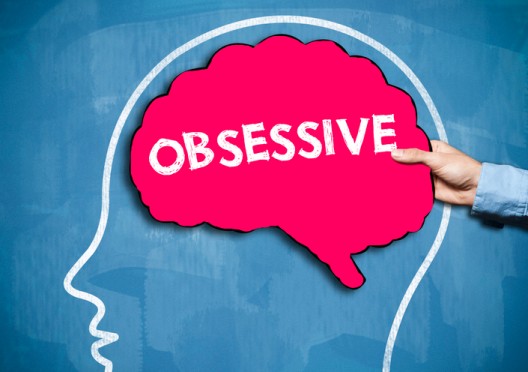 How a teenager did not let anxiety beat him

How counselling changed a teenage boy's perspective towards life

The Karate game is about to start in ten minutes

Competitors dressed in white getting ready for the fight

But then, something happens and he stops in his tracks

There is a sudden pang in his chest, like someone punched his gut hard. He felt a sudden gush of air that wanted to escape from his throat. He tried to calm himself, but to no avail. The feeling of uneasiness lingered on till it became unbearable. Suddenly, he felt that the air is knocked out of his lungs as he threw up on the spot.

A blanket of embarrassment covered his aura, but he could not control the urges of his flesh. Another sudden gush, another sudden pang in his chest and another punch on the gut!

“Enough is enough,” said Ayush in a subdued yet determined one. His parents came to his recue and they decided to meet a therapist to help them get out of the situation.

It was not long into the conversation with Somya that Ayush described how the uneasy feelings entered his life a couple of months ago, when it was the most active and how it controlled him. He described that he felt scared of feeling those emotions. He also mentioned that these vomits were interfering with his life in achieving goals.

They decided to use a technique called “externalisation.” It focuses on the idea that the person is separate from the problem. Using this method of separating these feelings from Ayush’s life, they came to the understanding that Ayush is not an anxious person and that the problem does not define him. He thought of an image of a humorous policeman in his underpants who would whistle and wave every time he felt a wave of nausea.

In about two weeks, Ayush received a letter from his therapist that not only uplifted his mood, but also injected a fresh wave of confidence up his sleeve. It said, “Dear Ayush, I enjoy talking to you. Your parents describe you as a bright boy. You get overwhelmed by the nervous feeling but now you have the funny policeman at your service. Also your skills and imagination help you in warding off these unpleasant feelings.

Looking forward to meeting you again.

With replenished hope, Ayush started preparations for a chess tournament and exams.

The chess tournament is about to begin in five minutes

Ayush braces himself for the attack

In a sudden flash of movement, he blacked out

He opened his eyes to see the warming smile of Somya. Minutes into the conversation, a key revelation was made. Ayush did not vomit before the tournament even though he failed to compete. According to Somya, that was a victory. Digging deeper into Ayush’s thought process, he explained that he used the image of the funny policeman to ward off nausea. He remembered the times he had been a winner in the past. He also remembered his mom telling him to focus on overcoming the fear of losing. He realised these skills, which helped him beat nausea and anxiety.

Building on the alternate narrative that focused on his skills to ward off uneasy feelings, Ayush started looking at himself with a renewed sense of self. After 6 sessions over a period of 6 weeks, he saw himself as a brave boy who is capable of winning. He went on to give his exams with the knowledge that the funny policeman is always at his service to eliminate any unpleasant feelings that came in the way of his achieving success.

If you are feeling anxious before giving exams, you click on Ask Us - Depression and Anxiety and read questions & answers with expert advice. Moreover, if you have a query, write at expert@teentalkindia.com.