Facing up to your skin colour

I recently went on a short vacation to Gokarna with a friend. We made the plan expecting rains, but were let down to see the sun shining bright, and hard on our skulls.

My friend was geared up, though. Before leaving the hotel room, she made sure she applied some sunscreen lotion and was polite to ask me if I needed some. I didn’t think much, and said ‘No, thanks.’

Of course I was being foolish. There is no special charm or incentive to attracting UVA rays, and increasing my chances of skin cancer by exposing my skin to direct harsh sunlight. But had I accepted my friend’s offer, I would know EXACTLY why I would be doing so – it was the fear of getting suntanned; in other words, having dark skin.

DARK COMPLEXION. That is exactly what I had run away from all my childhood. And that’s what exactly I was accepting this time around (my foolish ways of making a statement notwithstanding) – that it’s okay to have a dark skin complexion. 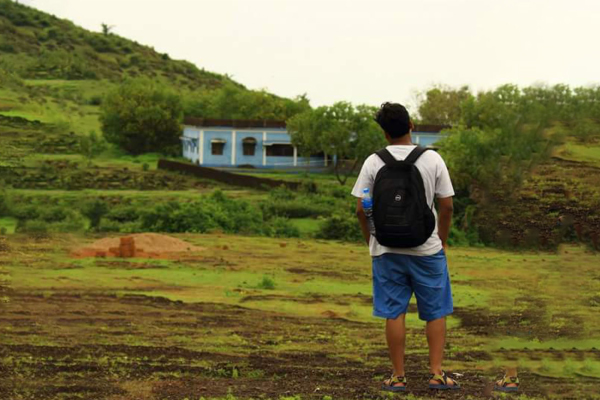 Over the years, I (like most of the people around me) have been taught that it’s better to have a fairer skin. Which is why as children our parents restricted our outdoor play, increasingly reminded us to take longer baths – all in the hope to instill in us a love for fairness. Most of them succeed, some of them end up seeing their children write posts on anti-fairness creams some 15 years later on social media.

It is just baffling how most of them turn a blind eye to the subject of skin color-based discrimination without giving two hoots about the subject. And it’s even more baffling how most of us make peace with it. It is appalling for a notion to have such a strong blinding hold on our sensibilities, despite having no logical ground at all.

I say all this as a man, well into his late 20s who has still managed to stay away from the conventional pressures by the family to maintain an acceptable beauty quotient (read being fair). Sure, I for most of my teenage years was mocked and bullied by my uncle who constantly reminded me of my dark neck and elbow skin, of how I needed to wash my body more rigorously while bathing – but I cannot even begin to imagine the pressure laid down on young girls and women to maintain a fair complexion – so that they can be a ‘big catch’ in the marriage market (which is subject for a different write-up altogether). Equating beauty with fairness has seamlessly seeped into our conscience, almost to a point of no return.

Movies and advertisements have peddled this regressive notion with a dangerous aggression to sell their products, and we buy it time and again, for childhood prejudices are really hard to let go. You will always prefer a short-skirt to a tomboy, you will always go for a safe job than think of your business venture, and you will always desire for yourself a fairer skin-tone. Because that’s just what you have been taught – actively or otherwise.

My own journey with this phenomenon has been a weird one. I am a South-Indian by nativity, and yet I grew up in an atmosphere where having a fair skin was given considerable importance. I remember worrying about my wheatish complexion throughout my teen years, wondering if that’s what was keeping the girls away from me. I also remember being a member of the group (albeit passive) that once made fun of a classmate who carried ‘Fair & Lovely’ pack in his school-bag, on the day he was supposed to dance on stage. I was part of the problem, and its victim too.

But as I grew up and moved out of my small town for my graduation, I instantly lost touch with voices that worried about my skin tone. There were suddenly other things to tax your brain with – college assignments, orkut testimonials, finding the cheapest movie shows in town – and somewhere in the crowd of these consuming affairs, the color of my skin took a backseat, and began to matter less. I can’t remember the last time I actively thought about my skin complexion, except for the other day when I returned home after the vacation – staring at myself in the mirror, wondering whether I am actually supposed to feel bad for my darkened skintone (if reactions from my colleagues at workplace were anything to go by).

But I couldn’t – I just couldn’t bring myself to feel sad for my newly-acquired tan. I looked darker, and it made no change to how good (or bad) I thought I looked. It was one of those fewer remaining childhood demons that had somehow been ignored all these years that I truly relished conquering.

Recently, my family was on a vacation in Mumbai in the month of May. And after one particularly long day, I heard my aunt scold my cousin for “getting dark as a tar-road due to playing in the sun all the time.” I usually don’t interfere but I don’t know what came over me and I interrupted my aunt. I even demanded my cousin’s attention as I told her quietly but sternly, “It’s okay if your skin gets darker. Nothing is wrong with that. Don’t stop playing. Nothing will happen.” I don’t exactly remember the reactions on my aunt’s and cousin’s face – I just remember gloating in my own bubble of joy. I had just told my 13-year-cousin the right thing to do.

She is hopefully playing out in the sun as I type this.

She is a plus sized girl in a fashion world and she's fantastic!

Bridging the gap between fashion and the body positive movement, she is defying all stereotypes...

The fashion industry and the body positivity movement may seemingly be two very different thought processes – that are constantly at poetic odds with each other. But here is someone who is working to bridge that gap!

Defying the stereotype that fashion is only a prerogative of the thin and the skinny, plus-size fashion blogger Amena Azeez with her blog Fashionopolis is making a beauty statement that is beyond the confines of just fashion.

Not only has Amena established herself as a blogger in the mainstream fashion industry but also courageously goes against the cultural narrative that forces unrealistic standards of beauty on us. Armed with an impeccable sense of style and undeterred confidence, Amena Azeez is doing justice to the term influencer. 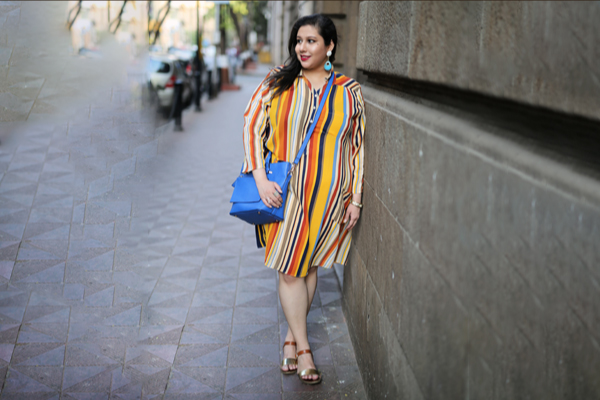 In a candid conversation with Teentalk, Azeez tells us all about the war she is waging against body-shaming and her work to establish body diversity in the Indian fashion circuits…

TeenTalk: As a teenager did your weight ever come in the way of your self-confidence?

AA: For me it started at school. And they carried on to college, but it was not as bad as school. Luckily, my parents never fat shamed me but a lot of extended family members, cousins my own age, did. Because of being fat shamed at a very young age - started for me around 7-8 - I had major self-esteem issues. I had no confidence in myself and I would never try out anything because of the fear of being rejected or turned down because of my body. I tried to make myself as invisible as possible.

Teentalk: Did you face any peer pressure to lose weight and fit in? How did you deal with it?

AA: All the time. I did by caving in. I would take every weight loss advice and put it to use. Once, a friend of mine told me her cousin lost weight by eating only 8 strawberries a day and nothing else. I did the same. Then it was just two apples a day. I also did the whole liquid diet for a while. I tried every popular diet and weight loss technique out there. I was obsessed with losing weight and becoming thin.

Teentalk: When did you learn to stop bothering with what people say and got comfortable with your weight?

AA: When I got introduced to the Body Postive movement. For so many years I had tortured my body in the name of health and weight loss that I realised it was not worth it. In my pursuit to become thin, I did more harm than good. My body has been damaged because of it to a very large extent. After a point it was either carry on and ruin my body more or find a way to make peace with my body and learn to love and accept it at the size and weight I am at. 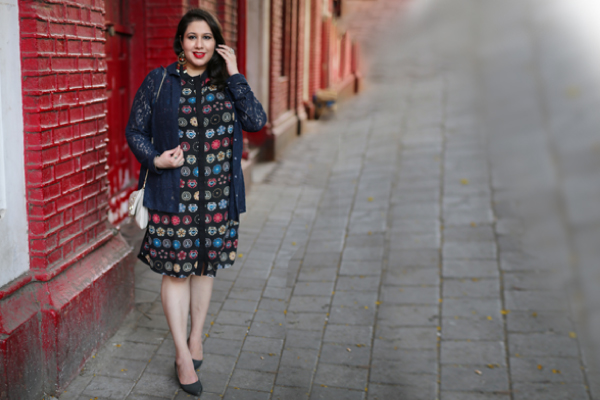 Teentalk: Any particular instance or episode that has been a defining moment in your perception of body shaming and issues?

AA: I was constantly told that "No man wants a fat wife/girlfriend" and I believed it. So anytime a guy would show interest in me I would wonder why? What does he want? What is the catch? Is this some sort of a "date a fat girl" kinda bet? I could just not believe a man would be interested in me for the person I am. This has lead to a lot of trust issues that I deal with even now.

Teentalk: A word of advice to teens who are growing up in the midst of our patriarchy and face pressure to be a certain way and to fit in?

Teentalk: The body shaming campaign is finally here. How would you suggest the teens take part and stand for it?

AA: By speaking up. By letting those who shame you know they do wrong. By being more vocal. By educating yourself better about things like health, fitness and ableism.