Do you have #Fomo?

A day in the life of a teenager with #fomo. Read how it takes over his life!

It’s a lazy Sunday morning, and Kunal is sound asleep. “WE ARE THE CHAMPIONS, NO TIME FOR LOSERS, ‘CAUSE WE ARE THE CHAMPIONS OF THE WORLD,” erupts from the minuscule speakers of his mobile phone. Eyes shut, he finds his phone tucked under the pillow, and swipes, snooze.

After five minutes, “WE ARE THE CHAMPIONS, MY FRIENDS, AND WE’LL KEEP ON FIGHTING ‘TIL THE END,” one eye partly open and Kunal hits snooze again.

After five minutes, “I'VE DONE MY SENTENCE, BUT COMMITTED NO CRIME, AND BAD MISTAKES- I’VE MADE A FEW,” Kunal opens one eye and hits dismiss.

Strangely, this line of the Queen’s masterpiece always wakes him up. In a flash of seconds, memories of last night flood his mind. Kunal swipes left, right and centre to unlock his phone to find a slur of updates. Half-intimidated and half-nervous, he opens these numerous apps to discover that “a lot” has happened in the party that he went for, and the one that he wasn’t invited for. The highlights were:

Kunal’s ex was found crying. Kunal has a picture with a broken door. Kunal wasn’t invited to the after party.

Kunal scrambles out of bed with his eyes on the phone screen, stubs his toe and falls flat on his nose. Ouch! That hurt. Ignoring the glaring pain in the bridge of his nose, he breathes a sign of relief upon noticing that his phone’s screen is untouched.

“IPhones are expensive,” he thinks.
“Rahul’s party was better than the one I went to.”
“I’m concerned what others might think about the photo with the door.”
“I need to check what the others have posted about the after party.”
“I need to post a status declaring that I wasn’t in a relationship with Mira.”

As Kunal goes on with his day, tweeting, instagraming and whatsapping, he forgets all about his cat giving birth to kittens, his younger brother winning his first tennis match and his parents deciding to move to another city.

But, it is not Kunal’s fault that he is engrossed with his phone. Kunal is in damage-control mode, trying hard to protect his reputation and not become the butt of all jokes. He checks his phone every two minutes for he fears he might miss out on an update from his friends. He gets anxious if his friends don’t reply to his texts. His mood dips when he doesn’t get enough likes on the FB post about his relationship with Mira. By lunch, Kunal was emotionally drained and had to sleep off the anxiety.

Kunal’s mother wakes him, and urges him to get ready. They are heading out for dinner. Before changing his clothes, he looks at some of the notifications on his phone. His friends have commented rude messages on the FB status. Irritated and hurt, he throws the phone with enormous ferocity at the wall. Crestfallen, he goes in the hall to find his family all dressed and ready to go. As he sat in the car, he immediately slips his hand in his pocket expecting to take out his phone. But the phone is dead.

Finally he hears the chuckle of his younger brother who was still galloping about how he had to run across the court to hit the winning point, he listens to his parents talking about leaving the new-born kittens before shifting base to the new city.

“WHAT! We are leaving this city,” shouts Kunal.

Everyone looks at him in disbelief.

“Maybe if we whatsapped and talked to Kunal, he would listen to us,” his father chimed in. Ignoring his playful taunt, Kunal nudged his mother to tell her what the deal about moving was. And his family updated him about what he missed. Kunal was swept into the real world again by his family. For the rest of the evening, Kunal was in the moment and present in reality. It made him realize a few things.

“Not all friends on social media are your real friends.”
“Family is important for love and support.”
“It feels good to disconnect from virtual reality once in a while.”

12 Steps to Recovery from Addiction

6 addictions no one warned you about

Teenage opens up a whole new world to you thus making most teens vulnerable to all types of addictions. Here is a curating a list of addictions you didn’t even know existed and how to deal with them…

Much is said and written about substance and alcohol addiction. We are constantly warned against harmful habits and are asked to tread carefully in the minefield of addictions. But what they often forget is to warn us against the less-known behavioral addictions.

We may have given in to certain – seemingly harmless – addictions and not even know that we are indeed addicted! Well, it’s time to take charge of ourselves and change that. Let’s take a look at six possible behavioral addictions that may have quietly crept into our lives and got us without us even realizing it! 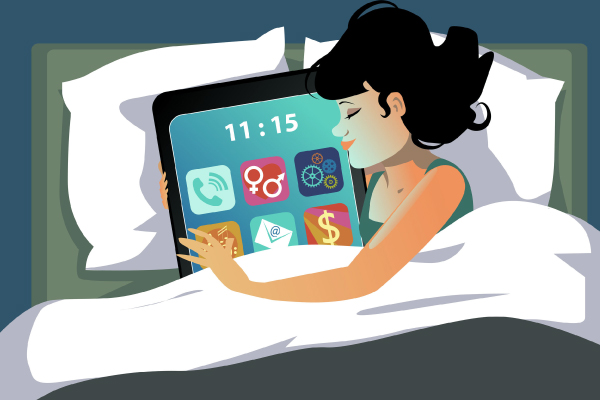 We live in the age of smart phones that are constantly being upgraded. The improved functionality of our devices is directly proportional to the likelihood of our addiction to it! Sure there is an app for everything today and the camera quality is ace, but if you have an unhealthy attachment to your device it’s time to do something about it.

We depend on internet more than we’d like to believe. Internet today is invading our work, social and even personal life! We are constantly looking for apps to help us through our life; traffic, groceries, food orders, you name it. With Netflix and Hotstar coming in, our screen time has shot up to hours. Binge watching is an addiction too.

Shopping addiction is not gender specific. It is a simple case of your body releasing endorphins that stimulate the pleasure centers in your brain each time you make a purchase thus making it a habit. Shopaholics also shop to fight negative feelings like sadness and depression.

5 questions to find out if you are addicted

* How many hours am I investing in that particular activity?
* Is it beyond normal?
* How anxious/ frustrated do I get when unable to do it for a few hours?
* Have others mentioned that I am always busy doing it?
* Are other things taking a back seat in my life, are my grades getting affected?
* Do I keep busy doing it even though I am aware of the consequences?

Video games are addictive because they are designed to get you addicted. They are designed to be challenging enough so you keep coming back till you win it. Plus the sense of achievement it gives you overpowers the fact that it keeps you from being productive.

Exercise is a healthy habit till it turns into an obsession. If you find yourself getting an uncontrollable urge to exercise extensively then you might have a problem at hand.

The truth about pornography

How to Stop Smoking in 4 simple steps