Myths about Cyberbullying that you should know

Read this to find out if you are being cyber bullied or just want to know more about it!

Social media is cool and fun. It is a great tool for expressing your opinion, and connecting with people. But, it is also one of the most powerful means to propagate harm and hate – one such means is to bully people online or through social media.

The most common examples of cyber bullying include making fake profiles of people without their knowledge, posting mean comments on pictures and statuses, writing malicious content about someone or making threats on social media, all with the intention to humiliate, harass, shame, embarrass or intimidate.

These are by no means the only ways to cyber bully. It is possible that things we might not generally consider as cyberbyllying are in fact just that!  For those bullies and potential bullies, here are some myths that we’d like to bust.

Myth: Cyberbullying does not include physical abuse, so no one is harmed.

Fact: Constant name calling and taunting on social media has driven several people to commit suicide. It plays on the victim's emotional well-being, self-esteem and their ability to cope. It is not fun. 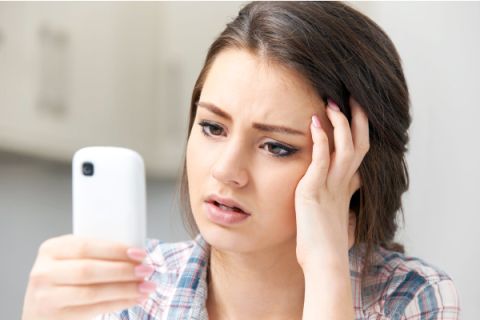 Myth: The person being targeted is not on social media so it doesn’t really matter.

Fact: Of course it matters. Even more! It’s in really bad taste to talk about someone who doesn’t even know you are messing with them and has no means to defend themself! Also that person might join social media at some stage and find hate messages or a photo that was private all over the internet. This is like having rumours and nasty things being said about you behind your back and you finding out later – when the damage is already done.

Fact: Everything that you post on social media gets a unique URL, hence it stays in cyberspace history forever. News on the internet spreads like wildfire and as they say – first impressions can be the only impressions. Besides, not only have you potentially messed up someone’s personal life or career “for fun” but if the truth gets out that it was you who participated in the bullying, the social repercussions can be intense.

Fact: Cyberbullying can also happen through email and personal chat rooms and through your phone on whatapp or text. You can receive threatening or derogatory messages, videos and pictures on email as well.

Myth: Well, it isn’t illegal, so it probably isn’t SUCH a big deal.

Fact: Cyberbullying comes under IT/Cyber/Criminal laws in India and is punishable up to three years with a fine. (Source: The Better India) It is treated as a crime like any other form of abuse – emotional, physical or sexual.

Sometimes, posts and comments we make for fun can turn into a much bigger problem for someone else. Let’s be more careful and vigilant on social media. Need help? We are here for you! 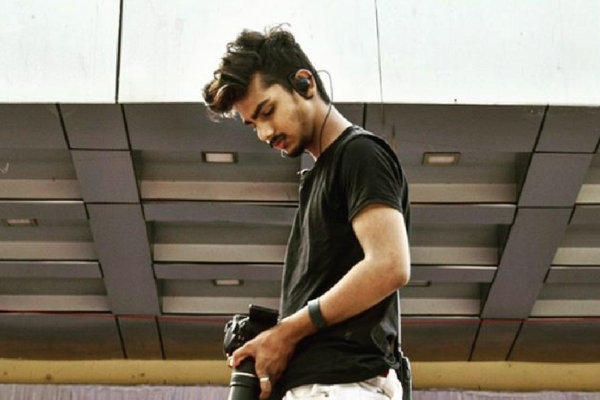 My MOM motivated me when… 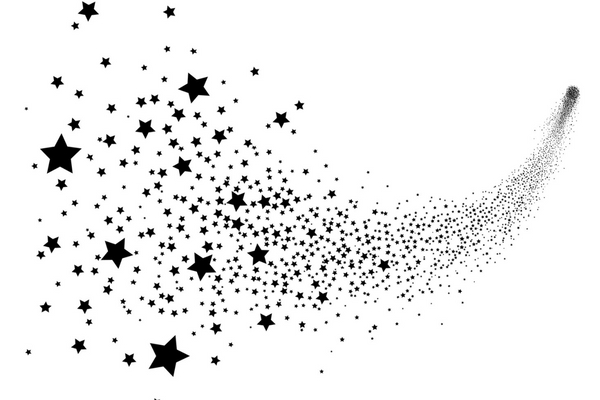 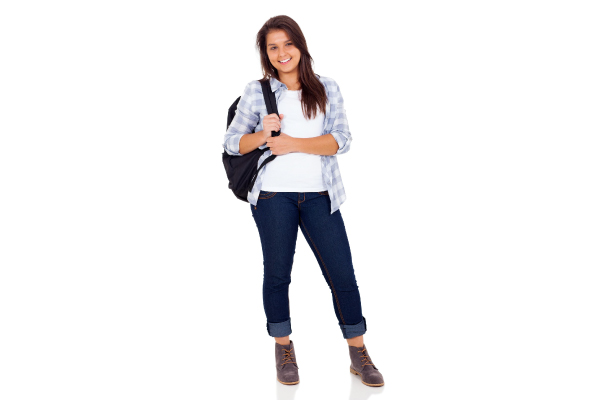 A week from the life of a teenager

8 times Harry and his friends stood up to their bullies

Read this if you need some inspiration to stand up to a bully...

School is TOUGH! While you meet awesome BFFs, you also encounter a lot of bullies. They can come in any shape, size, gender or religion. They can be your peers, parents or even teachers. However, the good news is that you’ll can empower yourself and show your haters a thing or two, ‘Cos bullying is not acceptable and you should stand up to it.

What better an example than “the chosen one,” or “the boy who lived,” none other than HARRY POTTER! He was mercilessly bullied by the Durseleys especially darling Dudley, then by his classmate Malicious Draco Malfoy and gang, then by his teachers Severe Severus Snape and Sadist Dolores Umbridge. Let’s not even mention he-who-must-not-be-named because his torturous methods will need another article.

But when the haters threatened to kill not just him but also his friends’ happy jive, they struck back. Let’s take inspiration from Harry and his badass group of friends.

When fun for Dudley is torture for Harry. Remember when the huge Duds intentionally jumps on the stairs multiple times to abruptly wake Harry, and then pushes him inside.

Situation: Dudley repeated what he saw – his parents humiliating and threatening Harry. Since Duds was five times as big has Harry, it would be intimidating for the latter to stand up to the former. Bullies often use their size as a bullying tool.

What you can do: Of course confiding in a trusted friend helps you share the load, but you can also have a bit of fun imagining the bully as something weird that will have you in splits. When Harry couldn’t take it anymore, he gave Duds a tail. I mean who’s gonna get intimidated by a pig!

When Hermoine tells Malfoy where he can stick the broomstick, he retorts by abusing her in front of literally EEVERYONE! Hermoine is embarrassed and humiliated.

Situation: Bullying is often direct and includes name calling and teasing. Malicious Malfoy uses his social power (do you know who my dad is?) to bully Hermoine, who does not come from a wizard family like Malfoy.

What you can do: Besides having Ron and Harry to witness the incident, Hermoine also confides in Hagrid, whose ability to listen and offer constructive motivation and advice helps Hermione regain her confidence. Don’t be embarrassed to talk about what hurts you!

When sinister Tom Marvolo Riddle uses his incredibly knee-weakening influence on timid Ginny Weasley to open the infamously dangerous Chamber of Secrets. Ginny was psychologically and emotionally trapped by Riddle.

Situation: Bullies often recognise their victim’s insecurities and take advantage of their vulnerabilities. Oftentimes, victims do not even realise that they’re being trapped.

What you can do: Ginny did not have anybody to confide in so she threw the diary away. Distance yourself from the abuser and instead of shutting yourself up, try and talk to someone who can understand what you are going through. 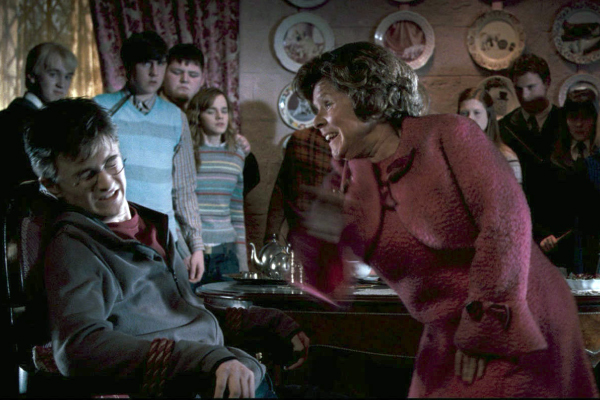 When team Malicious Malfoy mocks Harry for fainting on the journey back to Hogwarts because a dementor tried to suck the soul out of him.

Situation: Bullies do not care how the victims feel or what they’re going through. So even though Harry is having vivid  hallucinations about dementors taking his life, it does not stop Malfoy and his friends from mocking him.

What you can do: Since Hermoine was around; she ignored the haters and took Harry away. Remember that bullies are always looking for a reaction of anger or hurt so if you can ignore their taunts, they won’t get what they want.

When the bullies have nothing else to do but come up with ideas to pull you down. Exhibit A. After Harry’s success in the Triwizard Tournament, team Malicious Malfoy conjure badges that read, “Potter Stinks” and wear them around to tease Harry.

Situation: Bullies can gang up on a target and pass nasty remarks and rude comments.

What you can do: In reality, pay attention to your body language. Standing firm and tall, breathing normally and maintaining eye contact, all demonstrate confidence and make it less likely for a bully to pursue messing with you. If you feel you are in any physical danger, don’t be afraid to run.

When teachers use painful methods for punishment. Presenting Dolores Umbridge and her fifty shades of pink (pleasures).

Situation: The snotty little pinkball would use the Black Quill (that uses blood as ink) for punishments.

What you can do: While corporal punishment is condemned in India, it happens every single day. The Ministry of Women and Child have put forth guidelines to deal with them. Confide in your parents and seek help HERE. If your parents are the ones physically abusing or bullying you, reach out to our counselling helpline HERE.

When peers make up code words and nicknames to cause harm. Like Luna was called Looney!

Situation: Luna Lovegood was constantly called Looney Lovegood and students kept hiding her shoes. She was always non-judgemental to these notorious students because she just didn’t care!

What you can do: Name calling is another form of bullying that can cause embarrassment. You can either choose to ignore it or tell a trusted friend, parent or teacher.

If Harry and his friends can go through all this and still laugh, so can you. If you need more assistance, click HERE.

5 celebrities with inspiring stories of winning against

8 times Harry and his friends stood up